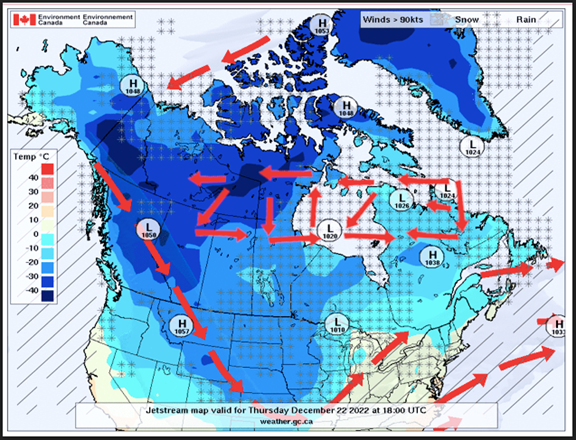 We seem to be drawing a crowd to hear our WFCA 2023 conference program try to anticipate what future climate change brings for forestry, or, explain, at least, why it is foreseeable, but not so predictable.

Of course, the WFCA conference planning committee would like to think that it is the scintillating prospect of our three-day program covering everything from workplace well-being to saving our planet from climate change that is the big draw this year. But there seems to be some pent-up demand to socialize as well, with this being our first in-person conference since 2020. Registrations for attendees are coming in at a rate projecting this event as our largest ever. We can add in a large live-stream audience too. As they say in the theatre business, “Break a leg.” Why they say that we don’t know. You will have to ask them. But we seem headed to break an attendance record in 2023.

Some Good-ish News About Trust In Forestry

Lately the prevailing valence of concerns about our province’s forests and the forest sector has leaned towards the demoralizing. Whether its manufacturing closures, Old Growth confrontations, climate change effects, or talk about reckonings and blame for the current crises, it does sounds bad. Our new B.C. Premier David Eby has described our province’s forests as “exhausted”—a fraught term, for sure. Among all these worries is another gnawing question, Is forest sector losing public trust? Without that confidence industry social license will fray. The results, then, of a recent poll on public attitudes towards forest management come somewhat as a relief. Published in the latest issue of Truck LoggersBC polling shows one in five British Columbians say our forests are managed well. About the same say they are not. The rest, 55%, are neutral. Those opposed tend to be young, which certainly carries implications for the future. As for the neutral majority the report suggests they are preoccupied with other pressing problems of which forestry is not one. The consolation, at this point, is that negative perceptions are not as widespread as feared by some in the sector. But there is little advantage to discounting those opposed as an overactive minority. In fact, the industry’s position can be seen as precariously balanced between two polarized minorities with a majority in the middle not paying attention. Gaining fuller public confidence will need concerted work on the part of industry says the report. Just how that can happen will be a major topic at our conference next month.

Forestry Workers Are The Happiest

In other good news, we in forestry may be among some of the happiest workers in today’s economy, at least from a sociological perspective. The Washington Post came up with this finding after reviewing thousands time journals from the Bureau of Labor Statistics’ American Time Use Survey. Workers reported the highest rates for happiness and work meaning and the lowest rates for stress compared to all other sectors. At the same time they reported the highest rates for pain. It appears working with dirt, fresh air, sap, trees and the outdoors is worth the trade off. Mental well-being and health is, of course, a major topic at our WFCA conference next month.

We weren’t anticipating hearing about any future funding for the Forest Enhancement Society of BC until this year’s Provincial Budget later in February. But, yesterday our provincial government announced $50-million in additional FESBC funding to increase fibre supply, support jobs, and continue work reducing wildfire risk to communities. This is twice the $25-million announced last year to fund FESBC community projects as part of its 2022-23 program. It is also intended to mitigate some of the job losses due to recent closures and curtailments in the lumber and pulp sectors. As to just how FESBC will put the money to work and call for proposals will be part of their workplan to be announced later this year.