Warning: The quantum symmetry of time allows it to flow both forwards and backwards so that a fact in this present publication could go back and affect facts in the past creating a time paradox leaving some readers at risk of reading this RoundUpDate in another possible universe. 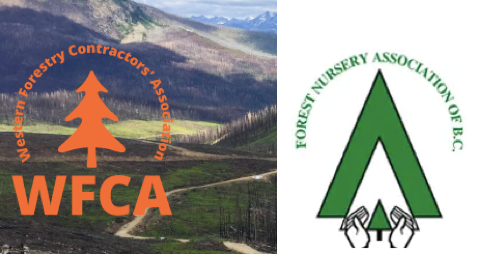 Next week the Western Forestry Contractors’ Association will hold its Annual Business and Market Summit in Kamloops. The following week the Forest Nursery Association of BC (FNABC) will hold its annual conference in Prince George. The result is two conferences with complimentary programs. The WFCA Summit for the first time is going both in-person and virtual allowing more planting, consulting, licensee and nursery owners to participate in the day-long session. Presentations include the latest seedling forecasts for 2023 and beyond, discussions on improving the just-in-time summer hotlift program, a workforce and safety report from the BC SAFE Forestry Safety Advocate, and a seminar on budgeting and bidding in this current business cycle and its uncertainties. Click here to register and see the program. A large part of the day will be dedicated to a facilitated informal session on the candour-inviting topic of What’s keeping you up at night as business owners and managers. The FNABC three-day event will include a field tour along with presentations on the federal 2-billion tree program, eliminating plastic waste, and labour challenges.

Odd 2022 BC Wildfire Season Wears on Towards Fall 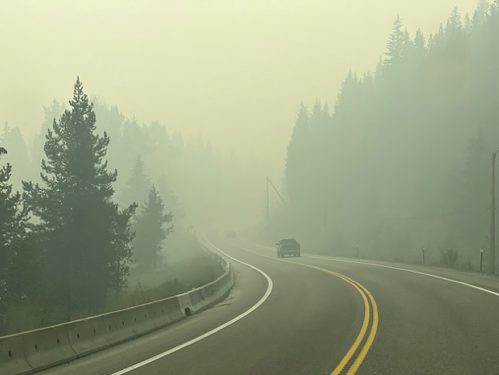 With smoke advisories just ending in the south while some residents in north are still under an evacuation order, this summer’s BC wildfire season finds ways to persist.

If we take this and the last five years as a sample base and weight each wildfire season equally then there is a 50/50 chance next summer in B.C. will be another wildfire emergency. Admittedly this extrapolation is statistically suspect. But if we put it in the context of this summer of disasters around our planet our speculation may not be far off. Here is a quick inventory of past and onging climate-related disasters from around the world: unprecedented extreme temperatures across South Asia, two heatwaves in the U.S. affecting 200 million, three heat waves in Europe with thousands of deaths, deadly monsoons in Bangladesh—worst in a century, a third of Pakistan under floodwater, three months, so far, of drought and heat in China affecting almost a billion.

Back here in our forestry sector this year’s odd wildfire season did little to help wildfire suppression contractors recruit and keep their rosters full of personnel. The absence of large project wildfires kept stand-by and as-needed contract wilfire fighters sidelined for most of the summer. Even at the outset of the season there were signs of capacity, or other problems, among some contracting firms. According to BCWS figures, over the past three years there have had between 55 to 70 type III contract crews willing and able to muster crews and equipment on an as-needed basis. This year their numbers were down to 29 firms. This summer the BCWS has undertaken an independent consultant to review the current wildfire contracting system and make recommendations to improve the performance and business prospects for wildfire crew contractors. A report is expected later this fall. 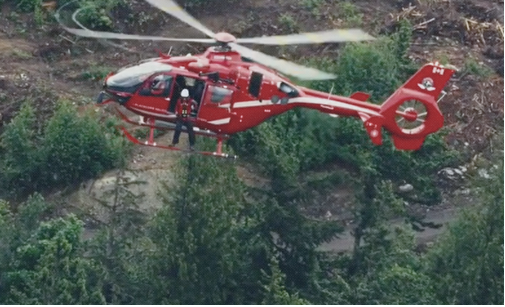 A growing consortium of forest industry contractors and licensees is seeking stable funding for helicopter emergency medical services (HEMS) capable of providing emergency rescue and medical care for workers in remote worksites and camps across B.C.

Two lives may have been saved in two separate Technical Emergency Advanced Aeromedical (TEAAM) helicopter emergency medical service (HEMS) missions flown recently from their base in Squamish. One involved a forest worker with a cardiac medical emergency in a remote camp. The other iincluded hoisting a serious injured climber off a cliff face. With the cardiac patient land transportation might have been fatal in terms of distance and time. This risk was confirmed once emergency doctors saw him at the trauma hospital he was flown to by TEAAM. In the case of the climber, with evening closing in, a night on the cliff with a traumatic fracture would have been disastrous. A TEAAM crew was able to hoist the patient off the cliff to care just before dark. Both of the clilents involved in these missions were TEAAM patrons. One of them had subscribed to the mission insurance plan organized by TEAAM saving them thousands of dollars in mission costs. Besides being able to rescue and deliver emergency medicine on site by air TEAAM also offers emergency consultation through their qualified air ops coodinators. This service can provide both moral and medical support to first aid attendants in the field confronted with medical and trauma situations they may not be confident in assessing properly. Even less serious injuries may warrant using TEAAM’s services. In a remote resource operation where an incident happens that doesn’t’ risk the loss of limb or life, it still might mean closing operations while the first-aider attends the transportation of a patient. In this case it may be prudent and economical to have TEAAM attend and handle the incident. TEAAM operates three bases across the province including Squamish, Campbell River and Prince George. Click here for more information.