Warning: No block-chains have been involved in the production of this publication or any of the non-fungible facts contained in it.

BC Summer Planting Winding Up/Down After Some Delays and Strains 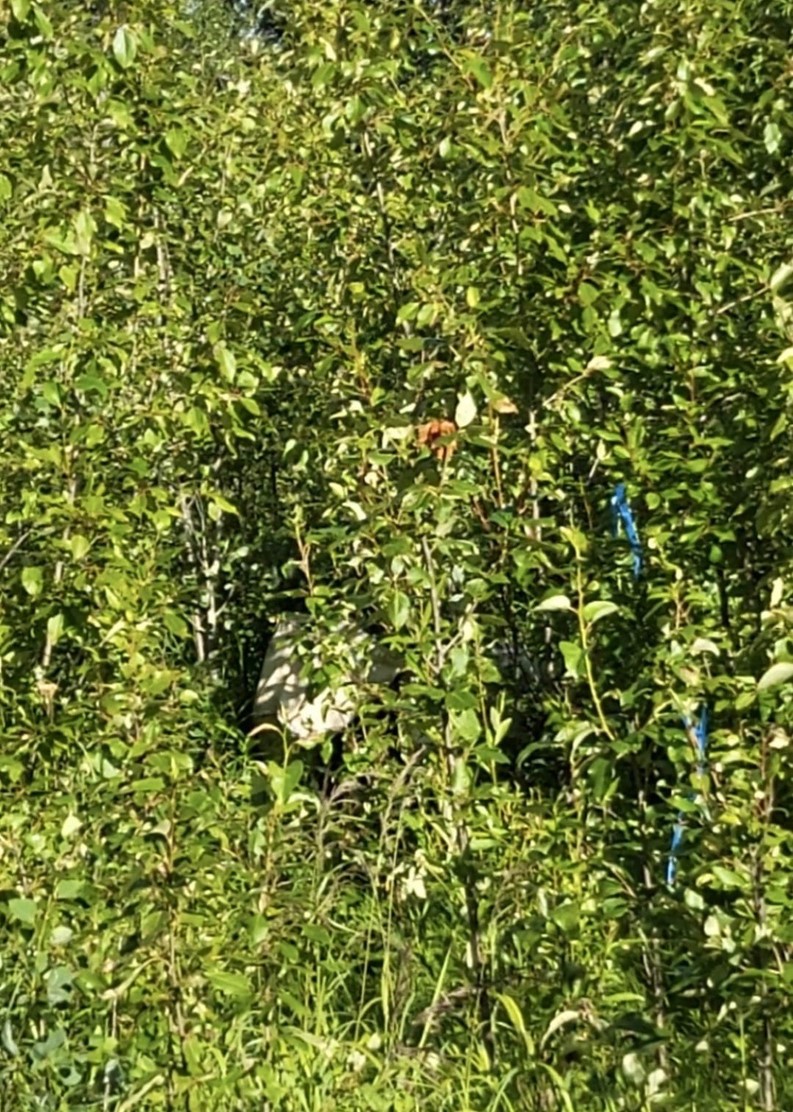 In the thicket of it. A planter works through some growth as part of this summer’s sometimes challenging 60-million seedling July hot-lift planting season.

It’s the nature of nursery tree seedlings that their biological systems are indifferent to the operational logistics necessary to plant them. Each year we test that maxim with the summer planting program in BC. Last January we sowed an estimated 60 million summer seedlings in nurseries in this province and Alberta. We grew them until the end of June, started lifting them this month and now are busy planting all of them before August. Even when the seedlings harden off on time, planting crews stand ready, nursery “hot-lifts” coordinate well, the weather cooperates, sites are accessible, and the ground still pliable, successfully planting live seedlings in July is a remarkable logistical feat. Just add in a misstep or delay to that just-in-time sequence and disruptive downstream effects start cascading and compounding. Transport trucks can start to line up at nursery gates, planting crews wait for trees, seedlings suffer, and the available planting window shortens. There is little point trying to plant seedlings in August. They won’t make it.

As we near the end of this year’s summer planting program, which concludes almost all of 2022’s ~280 million trees, save for a handful this fall, early reports are more impressionistic than conclusive. But it’s obvious in some parts planting and nursery crews had to strain to keep things on the rails. A cooler than normal spring slowed many seedlings from hardening off by the end of June, which we typically expect. That delay into early July compressed this summer’s planting season by a few days to a week in some cases. Divide 60-million seedlings by, say, a normal work month of 25 work days and we have daily demand at the collective nursery gate of at least 2.5 million seedlings. These need to be transported to hundreds of planting sites, handled carefully there and planted within days. Compress the season, as happened this year, and the pent-up demand increases, stress-testing the system and everyone in it. In the worst cases we heard from contractors faced with the dilemma of having crews but no trees. They ended up sending their planters to lift their own stock. This improvisation seems to have worked, but at some cost to crews and contractors.

Meanwhile, in the background contractors had to manage transporting their perishable seedlings from various nurseries across BC and Alberta to widely dispersed projects. This has become an increasingly bewildering logistical accomplishment. How did we wind up shipping trees, for instance, from Medicine Hat, Alberta to Fort St. John, B.C? It used to be northern nurseries grew seedlings for northern projects. Southern nurseries grew seedlings for the south. We have drifted into a fractured summer seedling supply setting where contractors have to coordinate their crews with on-time shipments from numerous nurseries across western Canada on a block-by-block basis. Nobody would design a system like this. But it has devolved through unintended consequences of the tendering process, nursery interest in bidding, and poor planning in some cases.

The summer planting season this year has not crashed, of course. But summer will play an increasing role in any expansion to our reforestation program. This unusual year has exposed some systemic weaknesses. Early next month Chief Forester Shane Berg will reconvene the Seedling Capacity Working Group a planning consortium of government, licensee, nursery, and planting contractors. Figuring how to make the summer season a little more rational and efficient will be on their agenda.

(Like the star-forming nebulae recently photographed by the NASA James Webb Space Telescope, the swirling gas and dust of our journalist mind occasionally coalesces into an opinion. Here, then, is a piece off The Writers’ Block. Maybe not the deepest editorial space in the universe. But it does reflect some of the light we think we see from our little orbit.)

“Natural” is an ambiguous word. It deserves some skepticism. Use it, for instance, in “natural disaster” and you have a very slippery term. There’s the logical tension of something being “natural” and a disaster at the same time. “Natural” could also imply accepting, even justifying a disaster. The effects of floods, wildfires, and extreme heat, like we have seen recently, deserve the clarity of being called just what they are, disasters. Disasters do involve natural systems. But it’s only when they collide with our human systems that they become disastrous. This idea needs to inform how we adapt to climate change. It may seem we face overwhelming forces from weather and climate. But our exposure and our vulnerability to these hazards results from decades of land management and public investment decisions. These choices may have had their benefits. But today their consequences have left us here with too much of the landscape a threat. And, as we are seeing, paying disaster response and recovery costs are not sustainable as a strategy. The social choices we have made, and mostly continue to make, are the actual roots of the current disaster threat. Making different decisions now on how we manage lands and invest public resources to reduce the risk of disaster can make us safer as the world warms. We have exploited and developed our province’s landscape with considerable ingenuity. We now need to apply that same agency to adapting to climate change and creating a future environment ordered so disasters will be rare, not inevitable, and not “natural”.

This remarkable 240 ft circle first appeared 17th July then seemingly evolved overnight to this final hexagonal pattern near Barbury Castle, Wiltshire. For a closer view showing how the flattened portions are woven to suggest other geometric proportions and harmonies go to here.

In these serious times of existential threats and short attention spans we want to thank all our generous readers for their kind support and constant correspondence. We regret we are unable to send cash to a numbered account to help pay ransom to your abductors or tide you over until your inheritance arrives as so many of you have hopefully written.

Enjoy your summer everyone. See you in September.