Warning: In spite of our editorial staff’s best efforts to write with directness and clarity some of this publication’s facts may be contained in sentences with weak prepositional chains, passive constructions, and dependent phrases that we hope our faithful readers will be generous enough to overlook should they occur. 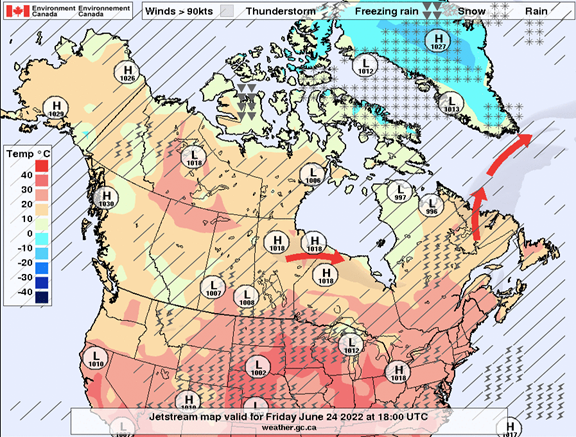 For most of the spring the Jetstream has been stuck pulling down waves of cool air off the BC Coast and over the interior. The province has been suspended in a protracted early spring mode. Now that’s changed.

We apologize for the headline. Proper expository prose should use sequence and logic to yield a clear path to the point. Instead, our crammed headline has all its facts trying to happen at once. But that’s what the weather has been like lately. Forestry workers, like our headline, have been straining under this forestry field season’s drawn-out weather. In cold May we had to send warnings after a worker was nearly asphyxiated in a tent trying to keep warm with a heater. Even a handful of coals can poison the air in a small space. So can other kinds of combustion heaters that aren’t properly ventilated. Now it’s June. And there is still a lot of snow in the snowpack. Fresh snow has recently fallen on some planting projects we’re told. But it shouldn’t last. Since the solstice, the Jetstream has changed its gait and loop allowing some overdue heat to finally build over parts of the province. Temperatures will reach the 30s in some of the south this weekend. Those numbers may be around seasonable averages. But to workers’ metabolisms primed as if it is still March it may come as a shock. Our BC SAFE Forestry Advocate has issued an alert for the weekend and into the summer. That snowpack we mentioned is now melting fast as the delayed freshet catches up. Road user alerts are appearing as some BC forest service roads flood. Culverts, embankments, and bridge abutments shouldn’t be trusted by drivers in many places. The BC River Forecast Centre has advisories, watches, and warnings for stream flow and flooding across much of the province’s interior. Flooding has occurred through parts of Alberta and NWT since May creating problems for communities and some planting crews. Alberta’s winter is often put to use in northern locations refrigerating seedlings until spring in on-site snow caches. 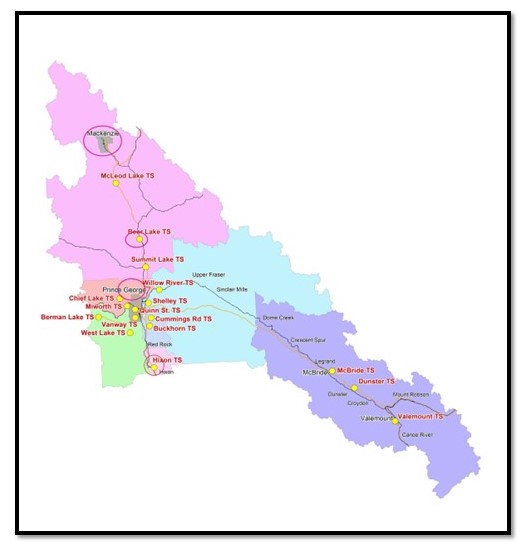 Map of the FFGRD showing all their transfer stations. None of these will be accepting waste tree boxes. The circled ones are the main places boxes have been deposited. Municipal managers want forest companies to deal better with their own waste.

Waste managers at the Fraser Fort George Regional District (FFGRD) say they have no room to handle waste tree boxes. Nor do they have the means to sustainably deal with the thousands of them left at their transfer stations this time of year. They wind up in landfills where they decompose into methane. Specially treated for moisture and storage the boxes can’t be recycled like normal cardboard. Contractors and licensees are now looking for less polluting ways to dispose of them. In the Cariboo Regional District, boxes are accepted for a fee. Then they’re shredded and mixed into the CRD’s biomass waste stream. All that winds up as feedstock for the Atlantic Power Corporation’s cogeneration plant in Williams Lake. Just whether the CANFOR mill boilers in Prince George could be put to a similar use is something the WFCA is discussing with company managers. Meanwhile, the FFRGD is making it clear they want out of handling any boxes. To them, waste tree boxes do not belong in their overloaded waste stream. They are asking for forest companies, BCTS, and their reforestation contractors to cooperate with them.

BC Has a New Chief Forester 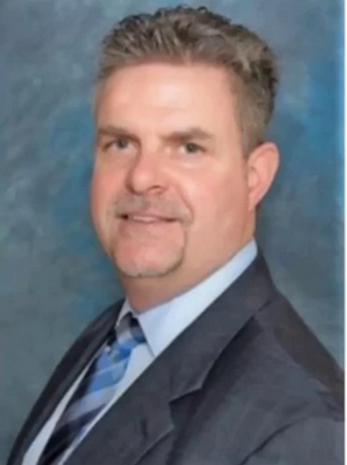 Shane Berg, former deputy C.F., is now our BC Chief Forester at a critical time in forest management.

Shane Berg is now Chief Forester for British Columbia. His appointment was announced by the Ministry of Forests earlier this month. Berg had been the Deputy Chief Forester and will replace Dianne Nicholls who announced she was leaving as Chief Forester back in April. The WFCA has worked closely with Berg over the last few years. He served as an interlocutor between the reforestation sector and various health authorities, ministries, and safety agencies to map a path through the pandemic. Berg also has been instrumental in leading a working group to manage the operational strategies for the 2-billion tree program and related reforestation planning. He takes his position in the midst of major changes being implemented at the former Ministry of Forests Lands and Natural Resource Operations and Rural Development (MFLNRORD). Back in February, our government separated the old ministry into the Ministry of Forests and the Ministry of Land, Water, and Resource Stewardship (with the unfortunate acronym MLWARS). Within the Ministry of Forests, where Berg’s office sits, further departmental changes have been implemented. Besides assisting all these shifts to settle in, Berg assumes his post tasked with critical forest management decisions as climate change plays out on the province’s forests and range lands. The WFCA looks forward to working with our new Chief Forester.