Warning: Recently there have been a number of computer-generated articles published in the media. None of the facts contained in this publication are written by robots. We still have the greatest enthusiasm and confidence in the mission…

Single use plastics’ days are numbered. Knowing this the WFCA has spent the last few field seasons experimenting with alternative tree-marking products and degradable flagging. It has recommended changes to the planting inspection system and encouraged companies to reduce plastic waste by changing training and planting habits that rely on flagging every single seedling planted. It is currently cooperating with the Bioproducts Institute at UBC https://bpi.ubc.ca/ to research wood fibre fabrics to replace plastic flagging. Nevertheless, matters came to a head this spring when ranchers in the Cariboo called for an outright ban on plastic flagging saying this kind of litter was a threat to their calves. The ban is now the rule in some operating areas in the Interior. The WFCA has told both government and the BC Cattlemen’s Association it supports phasing out the use of plastic flagging. (We have written about that in the RoundUpDate.) But it has insisted this take place in a strategic way that allows the sector time to adapt and avoid shocks to production, planting quality, and price. For better, or worse, plastic flagging is an important tool to the industry. To eliminate it unilaterally without time to implement alternative products and practices could generate costs and consequences far worse than the problems we are trying to address. This week the WFCA was invited to participate in a newly-formed MFLNRORD working group to deal with reducing and eventually eliminating plastic flagging for planting. This invitation should increase the chances that a workable solution will be found respecting all parties’ interests including the calves’.

The last forestry and silviculture workforce study was completed five years ago and now needs to be updated in light of changed labour market conditions. The research work succeeded in confirming and expanding earlier original studies on the population and demographic profile of the BC planting sector. It also provided leading indicators about earnings, workplace harassment, and workers’ changing attitudes towards their work. Those findings informed subsequent strategies to improve wages and deal with workplace bullying and assault. It also corrected the enduring fallacy held by some government agencies that planting trees was a “life-style choice” as opposed to a legitimate occupation. But one fundamental difference between now and then was that the forecasts in 2015 saw the sector shrinking with decreased demand due to a falling annual allowable cut. The opposite has proven true with new challenges and a growing demand for forestry work including seedling production, consulting, wildfire and fuels management and reforestation. Retired contractor Chris Akehurst has been asked to chair the steering committee for the project which will comprise worker and employer advisors to guide the research. The WFCA is in final talks with the Ministry of Advanced Education, Skills and Training in the hopes that the project will receive final approval this month so that it can generate initial reports by next spring and conclude by the end of 2021. 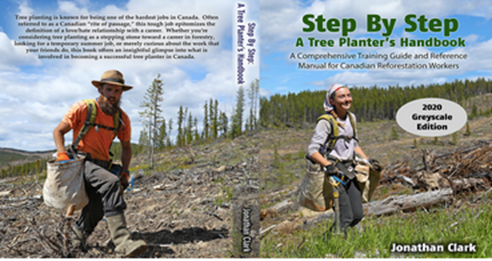 With public openings no longer held on tenders for BCTS and other government planting projects due to the pandemic the agency has changed its practices around releasing bidding information. BCTS’s new practice is to release the rankings of bidders following the opening, but not to reveal the actual bid prices until the contract is awarded. This means it may be weeks before contractors can see where their bidding sits in terms of actual price compared to other bidders. Under the previous regime they would know that at the opening and be able to use that information to adjust subsequent bids in the ongoing low bid auction tournament for government work. The WFCA has raised this with BCTS pointing out that knowing the “spread” between bids usually leads to contractors sharpening their pencils and bidding more competitively. The WFCA has also proposed virtual openings under platforms like Zoom. BCTS is considering this advice. Meanwhile Jonathon “Scooter” Clark at Replant.ca has collected, collated, and compared government planting bid prices for years—he provided an analysis of bid trends at this year’s WFCA conference. He is now volunteering to collect and publish prices for any bidders who wish to share their bids. After openings volunteers can submit their bid prices to bids@replant.ca and see published results at www.replant.ca/publicbids