Warning: It has come to our attention that fan fiction versions of the RoundUpDate may exist. Readers should be advised that any RoundUpDate edition with facts that seems to introduce unlikely romantic pairings, or improbable plot reversals, may not be the real thing.

And Now the Final Word on the BC 2020 Reforestation Program, for Now.

The WFCA has released a communique summarizing the standouts from this fall’s 2019 Annual Business and Market Summit. For our faithful readers who have been following our RoundUpDate’s ongoing coverage of the implications of the major increase in reforestation anticipated for next year, this may be the final word. Already we are into the annual bidding and negotiating tournament for 2020’s estimated ~308-million seedlings. We hope our advice to contractors and clients is having some effect. Or maybe it isn’t. But, for the time being it would appear next year’s reforestation program’s fate is in the invisible hands of the market place. Maybe that’s not the most reassuring figure of speech to use. Nevertheless, as the communique states, the sector is poised to rise to the occasion, along with our government and licensee partners’ help. To read the communique click here.

Here in British Columbia, which, in its perfection, is sometimes known as the west beyond the west, it is wise to pay attention to Alberta. In that other part of the west they plant trees too. Contractors working both sides of the Cordillera know this as they straddle the provinces with their crews. So, when we speak of planting capacity in B.C. we are speaking to some extent of capacity in Alberta as well. This year, for instance, some Alberta planting crews migrated into British Columbia when spring wildfires drove them off their projects. As a result, some parts of B.C. concluded some of their programs a little sooner than they might have otherwise. Our best information on Alberta’s reforestation program comes from the Alberta Forest Products Association, the Forest Resource Improvement Association of Alberta and the Alberta Ministry of Agriculture and Forestry who all play a part in planning and delivering it. Our reasonable conclusion, based on adding up these actors’ estimates, is the province is not going through the perturbations of expansion caused by any major influx of public investments lately; at least for the time being. The province plants in the neighborhood of 100-million seedlings each year from both industry and public sources. Recent losses to wildfire, along with some other public investments, will start bringing another 46-million seedlings into the picture within a year or two, we are told. Next year appears to be a normal year for demand in Alberta. After that the program may begin to increase.

Our switchboard has lit up here lately with media enquiries about where all the planters will come from to plant next year’s trees. Some of that sudden interest has been driven by the political pledges coming out of our federal election. Of course, the media often want to test how well the politicians’ promises stand up against the realities of what it might actually take to fulfill them. So, the tree planting sector with its grit and toil becomes the foil. If we believe any publicity is good publicity, then this recent media flurry is all good: even if the profile tree planting tends to get leans towards how hard it is, and how seasonal it is, rather than how you can be a hero and save the planet by planting trees in B.C. Naturally, reporters have been wise to our boosterism with their accounts veering away from WFCA propaganda. In spite of that, we have also received dozens of applications here from people looking for work. Obviously, they were stirred by the prospects of grinding away at the current desolation—at least as the media portrays the landscape—and becoming tree planters next year. That is good.

Finally, some recognition needs to go to tree planter Lann Dickson who dead-panned on The National that planting trees was necessary to lighten your tree bags. We are thinking of a plaque to put up somewhere.

Here is some of the coverage: 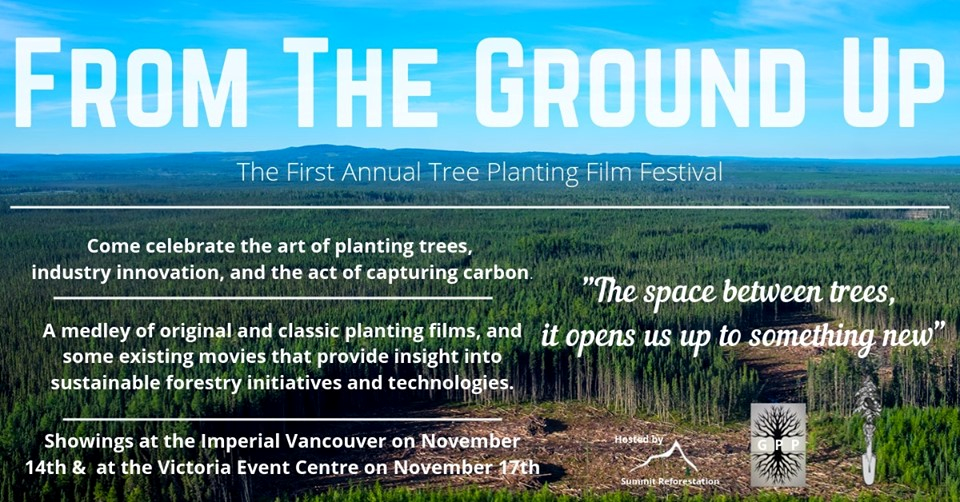