Warning: Many of the facts contained in this edition pertain to the upcoming 2017 WSCA Annual Conference February 1 – 3, 2017 in Victoria B.C. 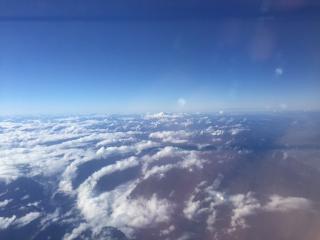 Nothing but blue sky from now on?

OK, let’s talk about next year’s WSCA conference. It’s not that far away actually. Especially given the pace of current events and the Christmas break that always speeds us into the new year. Of course, now it’s still the field season for many, and if it’s not that, it’s the bidding and viewing tournament for planting trees. So most everyone still has their head down trying to line up work, or dealing with commitments in hand. Nevertheless, people’s ears must have perked up when, in our mild and understated way, we suggested lately that our government has made some remarkable commitments to forest restoration. This, we proposed, will have some positive impact on the forestry-contracting sector including seedling nurseries, consulting foresters and silviculture contractors. We rarely overshoot our stories here at the RoundUpDate, but we even went so far to say the next five years could see a major increase, rather than decrease, in forestry activity. That included the possibility of peaking at 300 million seedlings in five years. Maybe it’s premature to be jumping up and down. But with these prospects we should at least be on the edge of our seats. In particular we mean the seats at our annual conference in Victoria next February when these possibilities will be discussed in detail with those planners charged with developing and implementing them.

Some Of The Conference Program So Far…

We say so far, because we have invited some politicians to speak and given their complicated lives and schedules we won’t know about them until closer to the event. Meanwhile let’s look at the recent news out of the Forest Enhancement Society of BC (FESBC). Earlier this week it announced its first series of fuel management, habitat restoration, and rehabilitative harvest projects funding 23 of them at  $2.74 million. Greg Anderson is the FESBC’s Executive Director and he will speak at our conference Thursday February 2nd, and tell us how the society intends to spend the rest of its $85-million dollars and what that may mean for forestry contractors.   The position of Chief Forester was folded into other executive duties after Jim Snetsinger retired in 2012. But that appears to have changed with the appointment of Diane Nicholls as Chief Forester earlier this year. She will speak at our conference Thursday February 2nd and tell us what she brings to her post, and where she thinks the allowable cut and forestry in general is headed in the post mountain pine beetle world that now falls under her ambit.   We are waiting for confirmations from key insiders working on the Forest Carbon Initiative and the Forests For Tomorrow Program. With them in place we will have a pretty good policy and practice panel to analyze the full suite of forestry commitments that will shape the forestry sector for the next few years.   Tim Ryan, Chair of the Forest Practices Board, has a unique perspective as head of our province’s forestry watchdog. He will speak to us Thursday and tell us why he thinks public complaints about forestry are on the rise and how he see resource stewardship changing as we head into a world that includes climate change, timber supply challenges and changing public expectations.   Forestry management in today’s world is inseparable from the communities dependent on the resources of our province’s landscape. As Mayor of Quesnel, Bob Simpson is on the front lines of sustainability and community transition, where forest management and the future butt up against one another. A former MLA and Loyal Opposition Forest Critic, Bob Simpson has spoken at our conferences before. This time he will speak as our banquet speaker on Thursday evening. He will tell us what he hopes our government’s recent forestry commitments will mean to Quesnel and other communities affected by the mountain pine beetle and the change that implies.   Watch for updates like this one in future RoundUpDates as we confirm the rest of our speakers including the Wednesday February 1st afternoon safety speakers and Friday’s strategic session and AGM.