Warning: Some of the facts published in this edition may have been facts previously.

Our government’s overture of forestry announcements, agendas and action plans continues. The latest coming this week from Prince George with the release of three strategies under Forest Minister Steve Thomson’s Competitive Forestry mandate. Strong Past Bright Future: Competiveness Agenda cites, among other goals, restoring healthy and resilient forests as a critical objective to sustaining a viable forest sector and thriving resource communities. It refers to $10-million put into the Forests For Tomorrow this year to increase the programs reforestation program. Also mentioned is the Forest Enhancement Society of B.C and its agenda. Of course these commitments are familiar being they were mentioned in the August 19th Climate Action Leadership Plan announcement. With this release there is the sense that on these points our government may be whistling the same tune, but in a different key. Nevertheless, it does show our government continuing to frame promising commitments to restoring forests. And that is good news. For the whole story, click HERE. 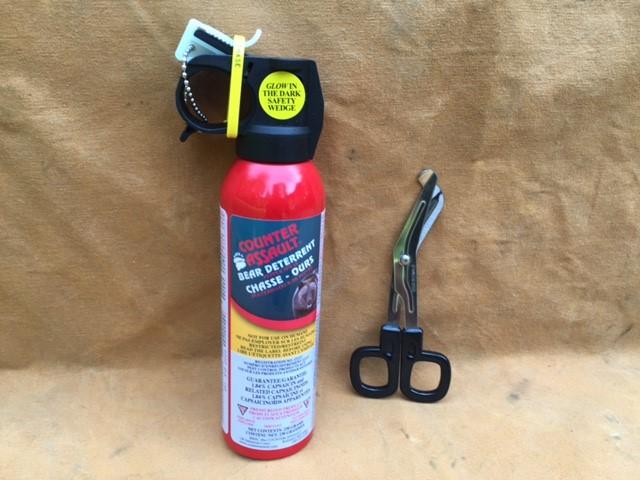 Two predatory bear attack reports involving forestry workers crossed our desk recently. Both attacks took place in the Cariboo region this summer and both involved young black bears. In one case a silviculture surveyor walking out of a beetle-attacked stand heard a bear charging from behind in time to turn, yell and spray it with pepper spray. That stopped the bear just a few meters away. When the bear backed off a few steps the worker headed out of the woods firing a bear banger when she saw the bear was following. Soon after she met up with her partner and drove to an adjacent block. When the bear showed up again they called it a day.

In another incident a mushroom picker working in a wild fire burn was charged and taken down by the leg by a black bear. In the midst of the attack the worker struck the bear repeatedly with a pair of blunt-nosed craft scissors. Eventually he drove the animal off enough for other pickers to come to his aid. He suffered injuries to his leg and arms.

So what are the lessons learned from these incidents? First; as an industry exposed to this kind of risk we could be doing a better job of collecting and analyzing wildlife close calls and attacks for lessons learned. Second: Pepper spray is proven effective. But you need to be prepared to have your canister handy within two-seconds of grabbing, aiming and spraying. Third: you can fight off a predatory black bear (not so sure about a defensive attack from a sow with cubs). Fourth: beetle attacked stands and old wildfire burns seem to provide cover for predatory black bears. Fifth: we are not sure how well these rules apply to grizzlies or other predators.

It’s early on in the implementation of the pilot phase of BCTS contractor rating system. Naturally, there are questions. To answer them, BCTS has produced a set of frequently asked questions. Not only do they make good reading for contractors, they should be required reading for BCTS staff according to some reports that have just crossed our desk. That requirement would be part of a process to convince staff the extra work is worth it. The rating system intends for more competent contractors to be awarded contracts. And that will mean less administrative work in the end. At least that is the plan. Read more HERE.