Warning: Although every effort is made to keep our facts straight, we cannot guarantee these articles contain straight facts.

What Do All Our B.C. Government’s Recent
Forest Restoration Announcements Add Up To? 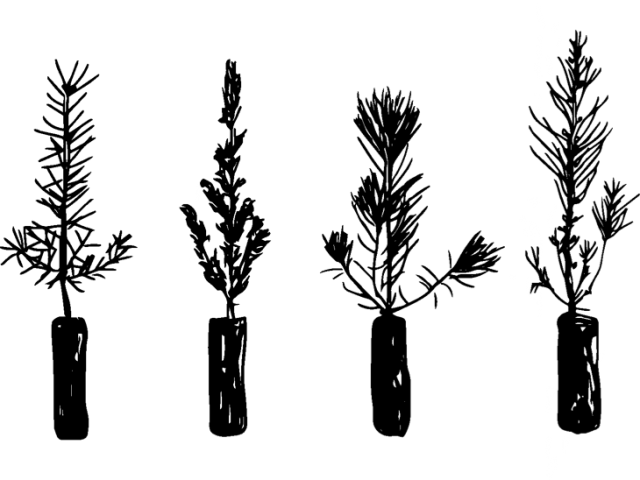 If you are a silviculture contractor, seedling producer or forestry consultant you will want to attend this workshop. You’ve likely noticed the starburst of forestry commitments that our government has announced over the summer and earlier in the year. This year’s WSCA Annual Business Summit will attempt to analyze and unpack these promises to see what they may mean over the next five years for silvliculture businesses. The outlines we have seen to date look like a major positive change in the trajectory for our sector. But those generalities need to be fleshed out with some more detail. At the same time these plans need to be compared to the anticipated fall down in the harvest and the attendant effect that will have on sowing and related silviculture work. For more information and to register for our one-day workshop, go to wfca.ca.

The Blob Is Back 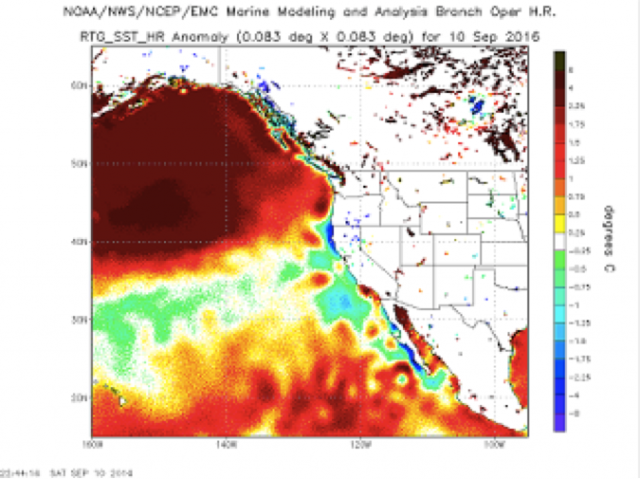 Graphic of warmer Pacific waters from last week: we thought they were gone

So what does it mean? Warmer than normal waters off parts of the North American coast are back again according to trends tracked over the summer. They indicate that unusually high pressure is persisting over the northeast Pacific. The Blob, as the abnormally warm ocean water has become known, has been with us waxing and waning since 2013. It was one of the features of the remarkable 2015 trifecta of phenomena including peak El Niño and the Pacific Decadal Oscillation. They had a hand in last year’s weather, and what that meant across parts of the province. It would be a surmise to suggest that this year’s few returning salmon might have something to do with the lack of water temperature vertical mixing due to the calmer winds associated with the Blob. As it would be hard to link the Blob to climate change because the evidence is slight. But it is unusual. And that is becoming normal, it seems, when it comes to weather-related things.

Track Moose With Your Smart Phone 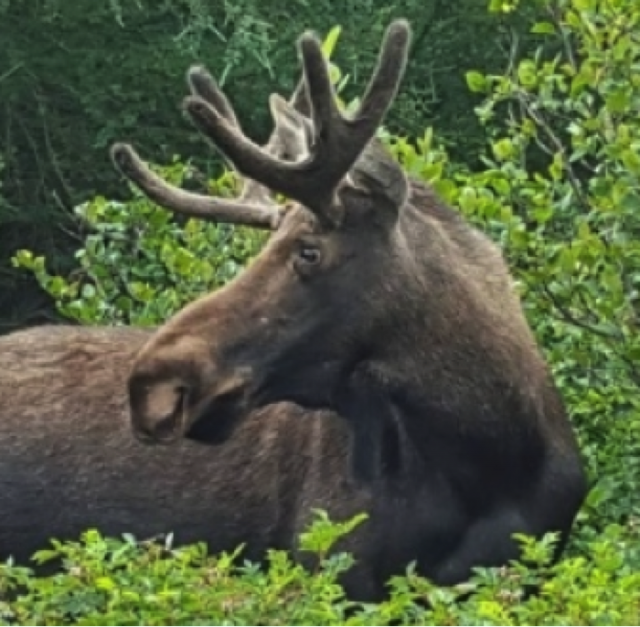 Pin the pin on the moose

Some silviculture crews may already be pinning moose and other animal sightings on their iPads to assist foresters in tracking endangered species across the province. And since not all silviculture work involves just staring at the next two meters of ground—OK, it mostly does involve just staring at the next two meters of ground. Still, silvilculture workers aren’t operating heavy equipment, or roostering with their dirt bikes, or generally disturbing the daylights out of their surroundings. So they can see more animals maybe. At any rate, our government has a new app they want the public to use to help track the moose population here in British Columbia. We recommend it to silviculture crews. Check it out HERE.

BC Seedling Growers Invite Silviculture Contractors To Sidney Next Month

Our fellow organization the Forest Nursery Association of British Columbia would like WSCA members to attend their annual conference in Sidney, B.C. October 4-6. This year’s conference “Co-operation to Improve and Reduce Risk” will focus in part on the benefits of silviculture nurseries and operators sharing their insights in reducing workplace and business hazards. This is part of strategic effort to sustain existing, and build new relationships between all silviculture players to deal with the challenges the silviculture sector faces. In that spirit, the Quebec Association of Seedling Producers are jointly sponsoring the conference. For more information visit: www.fnabc.com.

New BC Minimum Wage In Effect

“Here in B.C., our approach to forestry has come a long way since the industry’s early days when the primary focus was on harvesting trees. Today, we have a much deeper understanding of the interdependent nature of all that our forests have to offer.”

“The agenda contains 49 strategic actions – from expanding markets for B.C. wood products around the world, to supporting research in new wood construction technologies and non-traditional uses of wood fibre, to investing money and resources into restoring forests impacted by wildfire and mountain pine beetle.”