Warning: Some of the facts contained in this edition may be mixed with figures.

Starting With the Weather… 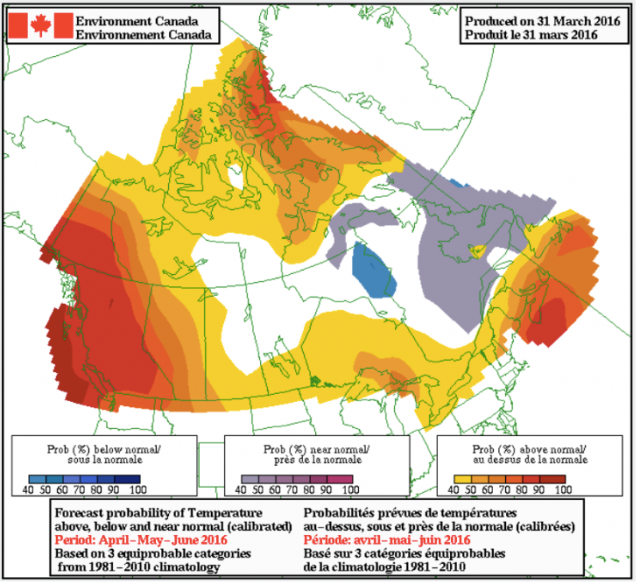 This being Earth Day, and, so far, the warmest year on record for the planet we will mention the local weather. The Blob, that exceptionally warm water that was sitting off our coast on the north Pacific, has dissipated. El Niño along the equator is losing steam as well. Of course all that heat has to go somewhere, hence our unusually warm spring. So what might that mean for forestry? Forecasters say we will have a warmer spring normalizing in temperature as we head into summer. Precipitation is not strongly linked to El Niño, hence a mix of dry and wet weather across the province over winter; the north being drier and the south less so. This has contributed to the well above normal activity early in the North’s grass and forest fire seasons. The real issue, particularly for wildfire across the province, will be the June cold low weather pattern. Last year’s Blob pretty much cancelled this formation that typically brings the “June monsoons.” It didn’t happen in 2015 so there was little to temper wildfire conditions for the summer last year. With the Blob absent now the historical weather has a better chance of forming. But lower snow packs, higher temperatures, lower humidity, regional drought indices, the continuing mountain pine beetle effects, and the general unpredictability of the return of more typical June precipitation has many taking a pessimistic outlook towards the summer. 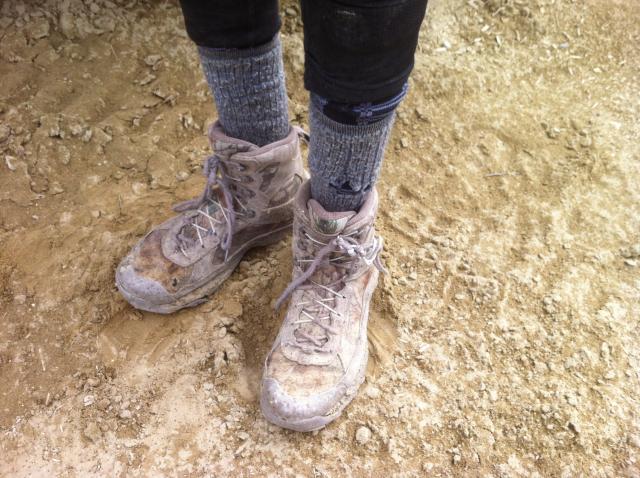 B.C. tree planters will collectively walk at least 1 million kilometers to plant this year’s 259 million seedlings. That’s 25 laps around the equator, or about 300 kms for each planter. It’s like walking from Vancouver to Lillooet using cut blocks. No wonder then the industry has trouble with slipping, tripping and falling. Footing and footwear are critical, which is why we undertook a WorkSafeBC-funded study two years ago around what makes the best boots for silviculture workers. We found that the light construction and hiking boots that are most available and priced attractively to many workers (and often chosen by the inexperienced) do not stand up, or provide adequate protection, support or traction. We rarely observed the use of caulks in the Interior. Yet our laboratory work showed caulks will provide superior traction in almost all settings except dry solid stone. The crews where we did find caulks, high-end hiking boots, or combinations of the two being used, were all veteran planters on both the coast and interior. This suggests that experience confirms the findings of our research: that it is worth it to spend money on the best boots. With that in mind we hope this year, as we head into start up in the Interior, that employers have set guidelines for acceptable footwear and encouraged their workers to act on that advice. We have heard of employers taking this initiative by experimenting with various boot models, and, in one case, paying workers a daily boot allowance towards maintenance and replacement costs. The general recommendations on how to choose the best boots for silviculture work can be found here.

The above table shows spring, summer, fall and winter sowing requests for planting in 2016 by region and funding source. The 2016 sowing season is drawing to a close now. It is showing sowing requests for spring planting in 2017 at 199 million seedlings. That’s equal to what was requested for this year’s spring planting. Assuming sowing for the 2017 summer to be comparable to this year, next year will continue the current run of historically large planting seasons. Although the size of the harvest has not always been a reliable indicator for annual planting, there is an obvious correspondence between the cut and the sowing requests for the last few years. Just as obvious, when the cut drops so will the sowing requests. But that seems put off for at least another year, and maybe longer.