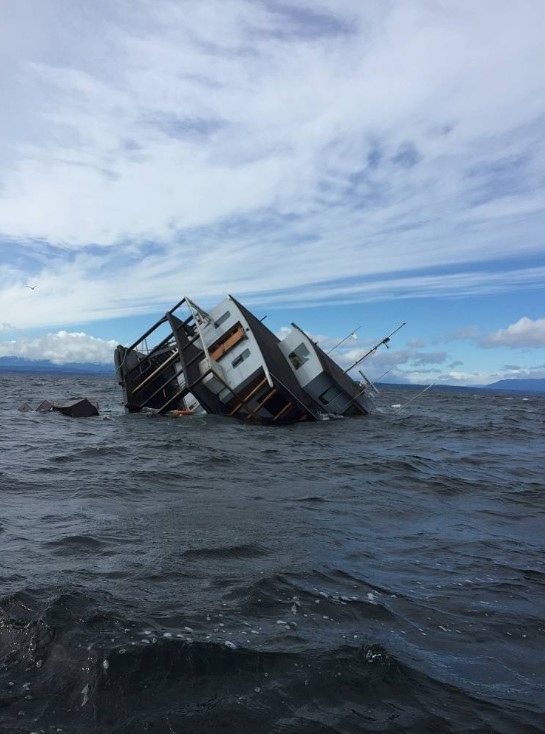 Late last winter 17 tree planters and crew abandoned the self-propelled barge Lasqueti Daughters after it foundered in straits near Campbell River, B.C. After a ten month investigation the Transportation Safety Board released its report citing lack of safety oversight as a contributing factor in the vessel’s sinking. The Lasqueti Daughters was well known on the coast as a floating camp for reforestation projects. All workers abandoned the ship safely. Although the vessel, owned by a silviculture contractor, was eventually towed to shore, it was described by the TSB as a total loss. Read the full report here.