The WSCA has asked government to better explain recent media statements that contract fire suppression crews are fully tapped out at just 600 fire fighters. As the 2015 fire season gains exceptional force across the province the government cited the figure in describing the need to import out of province crews to fight fire here in B.C. Historically, contract fire crews have provided 1200 to 1700 seasonal fire fighters in B.C. and have performed reliably as a critical suppression asset in the province. If the report is correct, it would reflect a significant and problematic capacity decline in the private fire suppression service market; something that should be a concern to government fire planners. If the report is inaccurate, and there are local resources available on a typical scale sitting on the sidelines, or leaving the province to fight elsewhere, then it may reveal some dysfunction in the ongoing retention and allocation of this valuable B.C.-based private sector fire fighting resource. In the past, the WSCA has reached out to the Wildfire Management Branch to enter in to a reciprocal arrangement to train private crews to higher levels of fire fighting competency, similar to the successful U.S. model. It also last year extended an invitation to the WMB to discuss ways to improve the current standing offer for fire fighting services. Neither proposal has received much traction with the Branch to date. 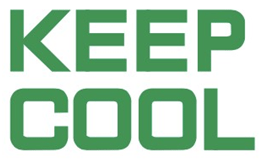 As we head into the summer planting season we asked for advice on how to keep cool. Here are one veteran’s reliable suggestions:

Most important: Keep an eye on your mates! If you see someone acting funny, their line wanders, or they start talking even more unintelligibly than usual, check in to see if they’re OK.

Briefly, for our ADS readers:

Fire ecologist and commentator Bob Gray continues, what at times seems like his own one-man editorial and media interview campaign on the causes, costs, and consequences of modern wildfires. This time with an excellent op-ed in the Victoria Times Colonist recently on the actual costs of wildfires to the provincial economy. They are many times larger than the sizeable suppression figures which are typically cited. They extend and accumulate far longer over time affecting broader swathes of the landscape and provincial well-being than just the area burned. — http://www.timescolonist.com/opinion/columnists/robert-w-gray-wildfires-cost-far-more-than-we-think-1.1988299

We did get mail over the loss of the Sixth Billionth Seedling story. Facts are such mutable things and so we occasionally mix them up. Thanks go out to our friends at the MFLNRO Tree Improvement Branch for pointing out the ceremonial seedling was in fact a ponderosa pine well adapted to the Ponderosa Pine Bunch Grass biogeoclimatic ecosystem. A selected ‘plus’ tree, it was handled carefully at the nursery with instructions to the crew on how to properly plant it. Did it succumb to grafting incompatibility? Drought? Theft? The Branch is looking for a more robust version to replace it. This is good news. Otherwise the 7 billionth tree planted in Prince George three years ago would actually be the 6,999,999,999th seedling.

The recently released Parliamentary Report, The Transformation of Canada’s Forest Sector, is remarkable in that it manages to describe the various challenges and opportunities the Canadian forest industry faces without using the word silviculture. United Steelworkers Bob Matters and UBC Forestry Dean John Innes deserve credit for wedging some forestry-related remarks into the hearings. But the report remains primarily about trade and tonnage and the prevailing and flawed view that our forests are principally a commodity, which, as we are learning from recent experience, is a very narrow and ultimately self-defeating outlook.

Finally more on Lyme Disease and forestry work: a reoccurring theme of late. WorkSafeBC has an excellent and helpful bulletin suitable for widespread distribution to workers. See link below. Meanwhile reports that the large retailer Target may have left Canada due to woodland ticks are unfounded.