June 26, 2015
Vol. 15, Issue 13
Warning: All facts contained in this edition are intended for the edification and entertainment of the reader. Any other uses such as taking them out of context, misquoting, paraphrasing etc. may have unintended consequences. 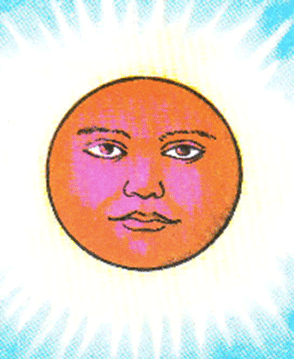 Last summer we received numerous reports of serious tree planting emergencies due to heat. These included heat exhaustion and possible heat stroke leading, in some cases, to air-lifting workers from the block to emergency treatment. Both conditions are serious. Heat stroke, if not dealt with, can be fatal. With that in mind we are canvassing contractors and workers to hear from their experiences what practices work best in keeping cool heads (and other bodily parts) on the job. The general forecast for the summer is the continuation of the unusually dry and hot trend much of the province has seen so far this spring. Approximately 43 million seedlings were sown to be planted this summer—if it’s not too hot and dry for them.

More heat and general hotosity on the horizon

The Vancouver Sun ran a recent article on tree planting taking a different tack than the Province’s June 2014 article (do they take turns?) on the big bucks to be had working hard planting trees. The Sun more or less said the opposite; that most people don’t make the big bucks. It ain’t what it used to be was the central theme. Both articles are somewhat true suggesting that planting trees can exist as an ongoing contradiction in many ways. Unfortunately the Sun got one thing wrong. It reported that 68 percent of the workforce earned less than minimum wage. This is hardly likely. The source of the error was a misread of our 2015 Worker Survey. The actual figure is that 68 percent of the workforce reported earning less than minimum wage in one pay period. Totally different point to make with totally different implications. Nevertheless it can be said, and we have heard it often, people are working harder than they used to.

A happy ending to a missing tree planter story. Concerned parents recently asked for help in finding their tree planting daughter who had gone a month without getting in touch. Last heard from in the Smithers area. Thoughts immediately went to the area’s awful history of missing women. Remarkably, a WSCA email sent out through the communications ecosystem that has formed around the industry found her within an hour. All is well. This also says something about the evolving informal and formal digital ecology that exists across the landscape. It may represent a huge potential in developing our ability to send disaster warnings, notifications and conduct emergency response. Ten years ago we might still be looking for this worker.

Heavy seedling boxes are back in the news with the record single box so far weighing in at +80lbs. A contractor who invited WorkSafeBC to assist them in dealing with heavy boxes on their project was written up for not properly training workers to lift boxes and for failing to have procedures in place for handling them. An ironic outcome perhaps, but helpful in that it does give some regulatory clarity and recognition and makes it incumbent on the industry to deal with this intermittent but persistent problem. The problem of overweight boxes now has some regulatory weight, so to speak.

The province’s sixth billionth tree has died according to reports from the Kelowna area. Planted near Knox Mountain in the spring 2008 by then Minister of Forests Rich Coleman and former Premier Gordon Campbell along with local school children it is not sure when the commemorative tree died. Today there is a plaque and a depression. No tree. One problem may have been planners’ failure to appreciate the biological dynamics of planting a conifer in a grassland ecosystem. Other speculation is that the seedling was considered free-growing and had fallen into that management no-mans land where stewardship practices are sometimes said to be, well, uneven.
Share this page