May 15, 2015
Vol. 15, Issue 10
Warning:Due to editorial constraints not all the facts contained in this issue may have been checked for facts.

A rapidly expanding wild fire south west of Prince George will likely continue to burn through heavy slash on harvested blocks and ten-year-old beetle-killed wood as forecasted clear and above average warm weather holds through the long weekend. At approximately 14,000 + hectares (compared to 6,000 hectares Wednesday) the Little Bobtail Lake Fire is unusually aggressive for this time of year. It has also remained active at night due to above normal temperatures—behavior not generally seen until the middle of a normal fire season. Logging and planting crews have had to move out of the fire’s path. The fire fits the pattern of burn intensity and severity fire experts say will become increasingly common across much of the B.C. Interior due to ingrowth and the beetle plague. Meanwhile a recent editorial in the Vancouver Sun co-authored by the WSCA advocates for the return to more prescribed burning in the province as a tool to reduce the effects of fires like Little Bobtail Lake.

Contractors are reporting that this year’s warm and dry weather may be causing higher rates of repetitive strain injuries among workers. Normally Interior planting crews follow the snowmelt when the soil is moist and loose from the thaw. But this year’s unusual warmth and lack of rain has prematurely hardened the soil meaning workers are up against tougher ground. That seems to be translating into joint strain and tenosynovitis symptoms. The best strategy is reduce the pace of work through allowing more rest days and for workers to dial back their daily expectations hoping to make their seasonal goals with the extra days it might take to complete projects. Meanwhile the Participatory Action Research MSI workplace improvement team is asking First Aid attendants to track injuries and take note of weather conditions preceding planting to help establish a correlation between soil compaction and MSIs. 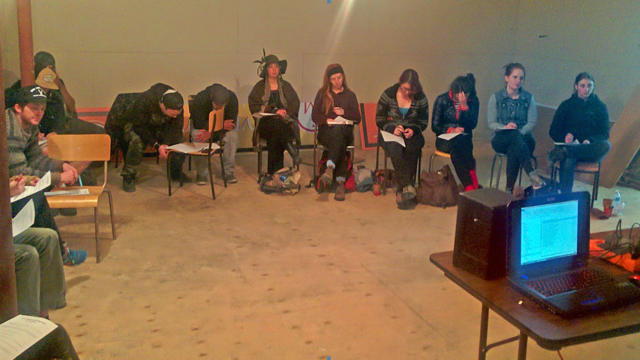 A series of tree planting training videos are now available on YouTube for planters, crew bosses and owners. The pilot on-line training is a product of the BC Silviculture Workforce Initiative and is intended to address problems workers report about the quality of training they receive from employers. The videos are a work-in-progress with more complete production planned for completion by the fall. Those versions will be based on new footage from this year and comments from end-users. The principal author and videographer is Jonathan “Scooter” Clark who takes his decades of experience as a planter and supervisor and distills it into key learnings for the benefit of rookies and any veterans who might want to examine their working style. The videos are currently located at http://www.replant.ca/training.html.

Scooter as a talking head. More graphics and front line footage are planned for final products at the end of the year.