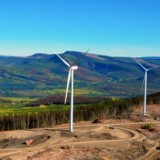 SPECIAL LATE EDITION (Due to the WSCA Conference last Friday)
Warning: The events described in this issue have occurred previously in front of a live audience.

Silviculture contractors see a promising future for forestry if they and their allies can build an economy based on restoring the province’s forests. This optimism followed a panel discussion at last week’s WSCA 2015 Annual Conference that began by outlining the uncertainty that defines forestry at the moment. “I am not sure there actually is a forest strategy in B.C.,” said UBC Dean of Forestry John Innes citing the contradictions and complexities that stand as challenges to forestry after the mountain pine beetle. Meanwhile across the landscape the wild fire threat continues to gain force; something that former Wildfire Management Branch head Brian Simpson said “has to become part of the conversation around whatever we do on the land in the province.” He warned that fire suppression capacity is limited while more values and infrastructure are being added to the landscape. Whatever it may take to shift the conversation and direction in forestry may come from the province’s First Nations. Keith Atkinson CEO of the BC First Nations Forestry Council spoke to the recent Supreme Court of Canada Chilcotin decision as an opportunity to have First Nations values lead in managing and restoring the province’s forests. The aboriginal land title decision may see “First Nations managing the province’s forests in decades or maybe in years,” said John Innes.

Senior forest industry executives have instructed the BC Forest Safety Council to set up procedures to establish industry-recognized and industry-developed training and operational standards for forestry work. Recently appointed as the Council’s Director, Programs and Training Russel Robertson told the BC SAFE Silviculture Program Strategic Advisory Committee (SAC) last week “there is a need for defendable industry standards and a systematic approach to maintain ongoing competence and qualification.” In the silviculture sector these standards would apply to crew leaders and supervisors, slashers, light truck and ATV/UTV operators. The SAC welcomed the move towards industry standards pointing out that it was consistent with objectives identified in the BC SAFE Silviculture Program 2015 Work Plan introduced at the WSCA Conference.

There is a marked divergence in opinion between silviculture employers and workers when it comes to training according to a report delivered by the BC Silviculture Sector Workforce Initiative at the WSCA 2015 Annual Conference. Employers say they are doing good job. Workers say they are not, particularly when it comes to training them to be productive. This gap was part of a rich harvest of insight from front line workers and supervisors at the WSCA conference. Those ranged from the concept of not competing on safety among silviculture contractors, to the particulars around better training silviculture first aid attendants to deal with repetitive strain symptoms in the field. According to supervisors the largest challenge to the various promising practices the industry has developed is how to make it happen; something that needs industry leadership, guidance from supervisors, workforce engagement and alignment with company culture. The BC SAFE Silviculture Program Participatory Action Research (PAR) intends to establish forums and workplace improvement teams to advance the industry’s safety performance this year based on ideas brought forward at the conference.

Full Conference Proceedings to Be Posted on WSCA.ca

Our goal is to have this year’s conference presentations up on the WSCA website within the next ten days. Stay tuned.