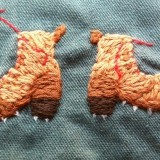 Warning: All reasonable efforts have been made to check the contents of this issue for facts. Some articles may contain factoids (statements that are not true, but gain currency by being repeated), or figmoids (figments of our imagination). There are no figloids present (figments of our lack of imagination).

If registrations continue to come in from contractors, licensees, exhibitors, workers, and guests, this year’s Annual Conference, Tradeshow and AGM, February 4-6 in Victoria will one of the best attended in years. Particularly notable is the increasing number of licensee silviculture foresters participating, suggesting the WSCA’s focus on getting more clients at the conference and in the conversation is gaining some traction. A change in the program will now have Doug Routley MLA and Loyal Opposition Deputy Spokesman for Forest – Forest Futures giving the keynote address at the Thursday evening banquet. For more details on the program, registration and other workshops in connection with the conference, visit www.wfca.ca.

Innovative research by forest sector scientists at FPInnovations has shown caulk boots can provide significantly more traction to silviculture workers than rubber treads on most ground conditions. The laboratory tests were designed to measure the static coefficient of friction for various tread and caulk configurations on different surfaces. Caulks gain considerably more traction on wet and dry wood, and wet and dry duff/dirt than rubber treads. On dry rock rubber treads provide better footing. But in wet conditions the difference is negligible. The research was conducted as part of the BC SAFE Silviculture Program’s report on footing and footwear to be released at the WSCA conference. The report will make footwear recommendations to assist in reducing silviculture injuries related to slipping, tripping and falling on the job.

An initial summary of results from last year’s annual survey of silviculture workers and owners shows the sector has some laudable strengths alongside some serious weaknesses when it comes to recruiting and retaining workers. After three years of polling workers and owners, the survey data now forms a reliable and consistent inventory describing the demographics, disposition and key drivers of the workforce. Silviculture forms a major component of the B.C. forest industry with over 7,000 seasonal workers. Women make up almost half the workforce, setting the industry apart (ahead) of the rest of the resource sectors. Less positive: there is widespread disappointment among workers in the initial training they receive on how to be productive. More concerning is that a quarter of the respondents say they were not always paid in accordance with the Employment Standards Regulation, and almost half witnessed or experienced verbal abuse—aggression, name-calling— on the job. These are likely to be topics discussed at the WSCA Conference panel on workforce and labour issues.