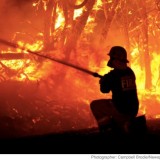 Warning: The contents of this issue contain only fresh facts. No assumptions or exaggerations have been added.

In a meeting late last year with BC Timber Sales executives, the WSCA began discussions aimed at benefitting contractors through developing and applying more consistent and flexible tendering practices on BCTS contracts. Up for reconsideration is what is meant by the lowest qualified bidder. BCTS has indicated an open mind to tendering using a performance-based silviculture contractor rating system, similar to seedling procurement bidding. It also sees benefits, where practical, to tendering more long term contracts, including extending the terms for option-to-renew and multi-year contracts. More consistency around performance deposits, treatment of poor performers, pre-qualifications for bidders and related administrative and tendering problems are items intended to form a 2015 action plan to be developed between the WSCA and BCTS early this year. The WSCA has offered to assist in conducting workshops to improve both the performance of BCTS and contractors when it comes to contract and business relations.

Forestry Gets Good Press Over the Holidays

The Vancouver Sun gave the forest sector a positive headline recognizing 2014 as one of the industry’s safest years on record with only four fatalities last year (it actually said three; but since the story, a fourth death was deemed a workplace fatality). The article compared recent figures to 2005 when the industry claimed 40 lives. The silviculture industry was mentioned as an example of the changing safety culture with licensees, stating contractor safety performance is something they consider in awarding work.

The Vancouver Sun editorial board used the forest industry to steer into the LNG political headwinds by saying more attention should be made to recent innovations in wood manufacturing in the historic sector. Suggesting that the provincial “energy sector [is] in abeyance” reminded readers and government about the forest sector’s contribution to provincial GDP and employment.

The Tyee took a different tack in an opinion piece jointly authored by the Pulp, Paper and Woodworkers of Canada and Western Wilderness headlined “Prosperity? Forestry not Fracking”. It accused the provincial government of abandoning forestry for the “pipe dream” of LNG. It then went on to cite the government for its various failings in forestry, climate change and energy policies. It concluded a proper mix of preservation and industry would allow forests to provide benefits for British Columbians “on a potentially infinite basis.” This raised the knotty question of whether infinite forestry would be sustainable?

Antipodes Up in Smoke and Ash Again – Only Worse

Climate change is clearly adding to the intensity and severity of wildfires in Australia, according to environmental experts, as the country faces an unusually blistering summer with the most area burned in three decades so far. This spring was the hottest on record. Worse, many of the areas with the most pronounced changes in fire frequency and vulnerability are among the most heavily populated. Australia is extremely vulnerable to climate change because of its already severe climate.