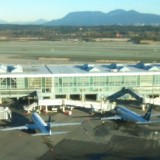 November 21, 2014
Vol. 14, Issue 20
Warning: This edition includes figures, which may not be the same as facts. Some articles may contain corrected facts.

Last edition we described ways to quantify wood fibre harvested and harvestable in B.C., particularly in the context of bio-energy potential. One unit we didn’t mention was measuring bio-mass in terms of potential jobs. The BC Bioenergy Network in a recent fibre to jobs study stated developing bioenergy could create 20,000 new forestry jobs in the province. This would include using the roadside residual tonnes—now wasted mostly as smoke—plus estimates of the volume available from the mountain pine beetle infestation. Considering total employment in the forest sector is around 30,000 today, that is a remarkable figure. Meanwhile, some pulp mills in the province see the underutilized bio-mass as a missing link in their supply chains, particularly non-integrated operations. In this case using some of the underutilized wood fibre might save jobs.

Meanwhile the forest industry remains on a crash course with its aging workforce. In a labour market analysis published last year the BC Coastal Forest Industry Labour Market Information Working Group estimated the province’s forest industry will need to fill 1600 positions each year for the next decade to keep pace with growth and retirement. Just where those 16,000 workers will come from and how they will be trained is uncertain. The industry’s vacancy rate is near 10% now indicating problems recruiting workers. And while we are discussing workforce numbers the provincial government estimates that we will need to fill over 1 million positions province-wide by 2020. The majority of those, 70 per cent, will come from retirement (forestry is at 80%). Given these forecasts the forest sector has to frame a workforce strategy soon, or it will be idled due to worker shortages. How the silviculture sector fits into this will be the subject of a critical panel discussion at the WSCA 2015 Annual Conference set for this coming February in Victoria. Visit www.wfca.ca for more information.

Why is the aviation industry so safe?:

Considering it’s an industry that hurtles people and cargo through the atmosphere in large aluminum tubes at great speed and height, commercial air travel is remarkably safe. It’s stayed safe even as the industry has expanded. There are a number of reasons for its reliability including the role of government authorities, engineering and design redundancy, critical investigations, continuous focus on lessons learned and attention paid to close calls to name some.

A lesser-known reason for aviation safety is how the fiercely competitive aircraft manufacturers bid. Contracts are worth hundreds of millions of dollars in which it is imperative to gain every advantage. Yet the industry maintains an explicit commitment not to compete on safety. Competitors share information in that realm, while competing on the other elements of their business. The silviculture sector is not the aviation industry. But it could gain from considering the principle of not competing on safety within its own market. To help silviculture understand this concept Jim Bouey former director of Safety and Air Worthiness Boeing will speak Wednesday afternoon 4 February at the WSCA 2015 annual conference.

In our last edition we stated that the BC Bioenergy Network thinks “wood fibre could make an expanded and profitable stand-alone bioenergy industry a reality in B.C.” This is not correct since BCBN is not advocating for a “stand-alone” bio energy sector, but one that is integrated. In the Forestry sector, they leave it to the primary license-holders, pellet producers, communities, First Nations and other actors and prospective investors to expand bioenergy development in the province. BC Bioenergy Network’s principal interest is in expanding bioenergy development while leaving the tenure and related policy positions to others.

Our nursery and seedling workshop set for 3 December has attracted a healthy number of registrants. So much so we need we will hold the morning session at the Merville Hall in Merville, meeting there at 8:30 am. Later in the day we will move to the nearby Sylvan Vale Nursery for the field tour. The WSCA office will provide more detailed location instructions regarding this partial change in venue in the near future.