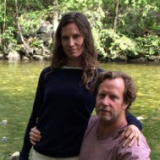 Workers and contractors have asked the BC SAFE Silviculture Program to develop industry guidelines and best practices for the use of various brush saws. The principal problems noted are the common production modifications some workers and contractors make to the saws including removing guards and tampering with start-up mechanisms—a practice prohibited by regulation. Also of concern is the use of certain saws and blades in conditions for which they are not properly designed creating risks for operators. There seem to be at least two schools of thought: one suggests that modifying the saws actually makes them safer; the other, more or less the opposite. Generally the view of the SAFE Silviculture Program is that brush saws are a safer tool then chain saws in many brushing and spacing operations and their use should be encouraged. Sorting out the existing conundrum around their safest use is a priority as plantation-tending work increases.

As described in our last RoundUpDate, what was initially a discussion around problems associated with heavy, water-laden seedlings has shifted to a broader focus on the whole seedling production system and the parts various actors play in it. There are some operating and design features in the process that can produce some unintended consequences for both seedlings and workers. But their solutions in terms of best practices are likely going to require input from nursery operators, storage and shipping managers, contractors and licensees. It may also be time to refresh and review our general stock handling practices as well. The day-long workshop is planned for Wednesday, December 3rd, 2014 at Sylvan Vale Nursery Black Creek, B.C. Details for registration to follow.

As the silviculture sector heads now into the thick of bidding and negotiating next year’s planting prices The Truck Loggers Association has blamed the consolidation of coastal licensees for bankruptcies and losses among coastal harvesting contractors. In an editorial in the fall edition of their Truck LoggerBC magazine they compared recent profits of major licensees to the continuing lower rates being taken by contractors largely due to a lopsided buyers’ market for harvesting services. The TLA accused the profitable licensees of taking disproportionate wealth from communities, contractors and the resource due to their advantageous position. There are, of course, some analogies and comparisons here to the silviculture services market as well. It is too soon to tell how the dynamics of supply and demand and the give and take of buyers and sellers will play out for planting prices next year. Stay tuned.

•The British have reportedly fed garlic to trees to ward off disease. It is not sure what effects this practice will have on the rest of British cuisine, but it is generally thought to be an improvement

•Nahanni Arntzen has succeeded in her kickstarter campaign to raise money to publish a nostalgic album of photos from her father Dan James’ company chronicling the early days of treeplanting in B.C. Ms. Arntzen has a very direct planting pedigree including being born on a remote contract in a teepee and spending her early days on planting blocks sleeping in tree boxes: a practice some planters may have aspired to, but not with the same success as Ms. Arntzen who could actually fit in the boxes at the time.