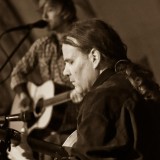 Sept 12, 2014
Vol. 14, Issue 15
Warning: To the best of our knowledge all facts contained in this issue are true. Nevertheless some factoids may be present. Reader discretion is required.

Contractor Summit Takes Stock of this field season and next:

The big news silviculture contractors and nursery managers discussed earlier this month in Kamloops at the WSCA annual business summit is that the 2015 planting season is on track as the largest since 2007. We reached a peak in recent history that year of close to 270-million seedlings according to sowing request data. We are headed towards the 260-million marker for next year provided the 2015 summer/fall planting comes close to this year’s 51-million summer/fall plant. The long term forecast to 2020 shows planting shrinking to around 220-million annually in response to a declining cut. You can read the complete report by clicking the attached PDF.

Technicians are reviewing the evidence, but preliminary results from measuring worn caulks from this year’s spring season show ceramic caulks are far superior in terms of wear than steel caulks. After 30 days of use from one test group of workers who wore configurations of ceramic and steel caulks on their boots the ceramics appear barely dented. The steel caulks were worn in many cases to nubs: well on their way to march of dimes status. A full report on footwear and footing is pending this fall.

An El Nino year in 2015 thought to be brewing in the Pacific Ocean seems to have faded in spite of record sea temperatures in equatorial latitudes. This means diminished prospects for relief to the ongoing California drought. For B.C. this lessens the chance of another bad fire year in 2015. Meanwhile current dry times on parts of Vancouver Island are threatening salmon runs and draining reservoirs.

The tree planting community has lost one of its originals. Jan Michael Mloszewski died earlier this month in Nelson among his close friends and family. A former contractor, worker and worker advocate Michael was one of the co-organizers of the Canadian Reforestation and Environmental Workers’ Society (CREWS), a worker organization that gained a membership of over 800 planters in the 90s. Among its credits (including best acronym) CREWS successfully lobbied for silviculture worker eligibility to receive re-training funding from Forest Renewal BC. Later he was instrumental in working with the WSCA to have the silviculture workplace properly brought under the Employment Standards Regulation, ensuring workers’ rights and framing specific employer rules for piece work payment. An accomplished musician and song-writer Michael worked with colleagues to produce the CD Planters’ Punch a collection tree planting bands and musicians. Throughout the years of his cancer and the consequences of treatment Michael maintained an inspiring vigour in both body and spirit. He was 58 years old.