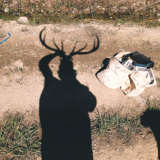 The BC Silviculture Workforce Initiative released a major labour market report this week describing the demographics, disposition and expectations of the province’s silviculture workforce and its employers.

The wide-ranging analysis estimates the total silviculture workforce to be around 7500, with 3500 working as tree planters, and the balance spread primarily between brushing, spacing and fire fighting. The WSCA, which initiated the study, stated the report will help the silviculture industry get overdue recognition for its contribution to the BC economy and its creation of legitimate forestry occupations for seasonal workers.