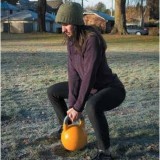 Each year in late winter on the Canadian West Coast, tree planters begin a seasonal reforestation campaign that will eventually spread across most of the country.

In British Columbia, Canada’s epicentre for planting, this annual migration of camps and crews follows the snowmelt and onset of spring up the Pacific inlets, across the province’s Interior plateau and over the Rockies, arriving in Alberta by summer. By the end of the average national planting season, which runs for four months, primarily through spring and early summer, 500 million seedlings will be planted across the country. BC plants the most seedlings, at around 240 million. But these figures fall short of recognising the concentration of human effort that goes into these statistics. In fact, when BC’s Western Silvicultural Contractors’ Association printed decals celebrating reaching the province’s six-billionth tree milestone a few years ago, it stated, somewhat redundantly, that the trees were planted by hand. It was as if, in the increasingly mechanised and urbanised national imagination, the country needed to be reminded that there were still people who worked hard for a living.

Just as remarkable as being a modern industry built literally on the backs of its workers is the silviculture industry’s approach to hard work. Planting trees can be particularly punishing. In fact, in its early days it was sometimes used as a penance for World War II conscientious objectors, convicts and social misfits. Today no one is preaching hard work to tree planters as a moral restorative. That kind of proselytising is not likely to be heard by workers who walk on average up to five miles a day over brash, carry 30 to 40lbs of seedlings on their hips, burn more than 6,000 calories daily, sweat gallons, plant anything from 400 to 4,000 seedlings in ten hours, exert cumulatively tons of force stretching and tensing their spines and joints, and endure extremes of weather while fending off an endless assault from insects. They then repeat that for the better part of three to four months until it is too late in the year to plant trees. The most obvious thing the industry does differently about hard work is to pay workers for each tree they plant rather than by the hour. Piecework is typically thought of as an exploitative form of employment; but the Canadian tree planting industry got its start in the activist ’70s, and the first workers saw themselves as truants from the regular work economy. They weren’t going to be exploited by the system – whichever one it was in those days – and they adapted piecework so they were better rewarded for their production. That ethic still underpins the industry, with the better contractors paying their most productive workers over C$300 per day on average.

Youth is another factor in the industry’s approach to hard work. The majority of the workers are young – in their twenties and thirties. The natural vitality of this cohort certainly contributes, not only to productivity, but to the culture that has grown up around tree planting in Canada. It has become almost a rite of passage for many young people. Many workers rate the camp life and working in a natural setting as being as important as, or more important than, their wages. Nevertheless, about ten years ago, this almost perfect alignment of hard work, incentive, youth, culture and nature began to develop some serious problems. The industry started to shed its experienced workers due to a mix of factors, including seasonal turnover, declining earnings, rising living and university tuition costs, other opportunities in the Canadian resource sector, age and injury. It takes at least two years to become a skilled, productive planter. Losing workers who have reached their productive years reduces the overall capacity of a company. As it happened, operating costs rose as younger, less experienced recruits filled the ranks. Those ‘rookies’ required more supervision and training, took longer to finish projects, and posted discouraging piecework earnings. In the highly competitive setting of contract planting work, this set in course a vicious cycle of lower production and quality, higher operating costs and declining piecework rates for workers. The industry is still contending with these declines. At the same time, and probably contributing to the industry’s troubles, the planting sector was posting extremely high injury rates and costs for musculoskeletal injuries. The BC forest sector has some of the highest injury rates in the country, with the tree planters conspicuous among them. Workers were suffering, with many of them losing interest in the sector. Contractors were losing money through safety costs; and worse, the industry was losing its precious workers.

Exercise physiologist Dr Delia Roberts’ professional career includes training Canadian Olympians. When she was invited to conduct research on tree planters a decade ago, she saw similarities between them and elite athletes. As her research would show, planting trees requires sustaining a continuously high output, equivalent almost to running a marathon a day. She developed a research hypothesis to explore whether the same principles and practices used to bring the world’s top sports performers to their peak could be used to reduce injuries and increase productivity among silviculture workers. Could tree planters become occupational athletes?

To read the full article, click on the link below