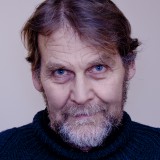 As the annual bidding and negotiating tournament for 2014 silviculture work winds down I thought I would offer a few of my half-baked opinions on the market. Of course, as you all know, opinions are by definition half-baked, as they are based on the information available at the time. Therefore opinions may be incomplete. Being neither all-knowing, or all-seeing, particularly when it comes to the invisible hand of the marketplace, I extend these thoughts based on what I have heard in the last few months.