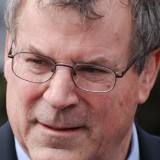 Forest Minister Steve Thomson deserves credit for giving what amounts to an apology to the employees of Khaira Enterprises in an interview with the Globe and Mail this week. Although the minister hasn’t met with any of the unpaid workers he’s quoted, “I would apologize. Clearly there was not the appropriate oversight.”

BCTS and Ministry of Forests Lands and Resource Operations who hired Khaira to do planting and brushing work have been less forthright regarding Khaira. Government confidential internal documents released in connection with Khaira’s ongoing hearings before the Human Rights Tribunal show the government to be disingenuous if not worse. Afterwards, on more than one occasion BCTS representatives told the WSCA that the Khaira situation was exception to the rule and too much was being made of it. Meanwhile as the disclosed documents and other reports reveal Khaira had worked for government, and some licensees, for over 14 years and was previously cited for poor work and regulatory violations. Yet they remained an active silviculture contractor for years for both government and private industry.

The WSCA has insisted that the Khaira mess was a symptom of a systemic problem that BCTS has with its low bid auction tendering practices and its failure to properly administer contracts. Khaira may be one of the worst, but many contractors today regularly shirk safety and employment standards and regulations and perform poorly in order to compete for low bid work. There is still work to do to make sure only properly qualified and properly performing contractors work for the government and industry in this province.