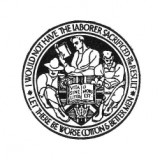 Repetition, strains, fatigue and overwork along with attendant slips, trips and falls cost the silviculture sector almost a million dollars in claims each year. Is it possible that industry has reached its peak capacity for production and is now paying the costs in injuries and lost productivity? This is one consideration new strategies to reduce musculoskeletal injuries will have to consider.

Each year the silviculture industry pays out close to a million dollars in injury claims due to overwork, strains and repetition. Likely, slips, trips and falls could be included in this loss, especially when fatigue is a factor. No matter how we add up the figures, the actual costs are much larger considering the unreported injuries, the loss of opportunity to workers and employers, and the short and long term suffering.

Not all these losses can be blamed on piece-work. Hard work will increase the probability of these kinds of injuries. Nor has the industry been negligent in dealing so far with musculo-skeletal injury (MSI) costs. The research and practices developed to date on ergonomic design, nutrition, hydration, training, early intervention and muscular mechanics have been ground-breaking and exemplary. But even with these potential remedies the problems associated with wearing out slviculture workers’ parts stubbornly remain.

It may be that the silviculture sector has reached a threshold where it has to consider the limits of the piecework system if it intends to reduce the persistent costs of MSI. Looked at from a theoretical perspective piece-work as practiced in the silviculture industry poses a number of safety system conundrums.

The first one is just how well the piece-work system actually works in planting and tending forests over all. Stoop labour and piece-work have typically been associated with the worst kinds of exploitation. Even though there are a few criminals and cretins as employers, silviculture workers for the most part wouldn’t abandon the current system of being paid directly on productivity. It is not only practical, piece-work is firmly embedded culturally in the industry as well.

Nevertheless, in the systems theory of safety, regulators and planners try to create a workplace where workers can be productive and safe on their worst day at work. Fatigued, distracted, or otherwise off their best, their tasks, and the settings the do them in, are designed to protect them from their mistakes and shortcomings that day.

In the silviculture workplace it is almost the inverse that applies. To be productive and safe workers need to be continually having one of their best days. To be performing at something less than their peak, means less productivity. And given the rigours and pace of the work, to be less than highly fit makes a worker vulnerable to the kinds of injuries that are so prevalent in the industry. It remains to be seen if any traditional kind of safety system can actually be designed to support workers in this setting.

In looking at silviculture’s approach to hard work some have compared it to the sports industry. From that we get the term industrial athlete. There may be some resemblances between the two, particularly around rates of exertion, fitness and calories consumed. But there are principal parts of the comparison that don’t apply. Athletes perform at their peak intermittently. Even considering training time, which takes place in a highly refined setting, it is not likely that they perform at their best continuously in the same way or comparable circumstances that a silviculture worker must. Plus they are motivated and rewarded by a lot different circumstances than the average silviculture worker. There are some fallacies in the sports-worker/industrial athlete analogy and it should only be applied with these in mind.

But suppose the industry was successful in designing a safety system to offset the apparent—and this is an assumption—costs of piece-work. The practicality of that remedy can’t be considered outside of the over all competitive context of the workplace. Reducing injury is another way of increasing work capacity. Work capacity is defined as the ability to reach productivity expectations without injuring yourself or anyone else. Silviculture employers, operating in a competitive service market, would soon recognize this collective gain in productivity brought about by the systematic individual increases in work capacity. In theory there is the strong likelihood that the benefits achieved by the workers’ productivity would be taken from them as their employers used those gains to lower prices in the market. That would serve to drive down piece-work rates and recreate another version of the original problem faced by the sector. Workers would remain pressured to risk injuring themselves to achieve their earning goals.

Whether this hypothesis and the conundrums it poses are actually true is a matter for some reflection on the part of the industry. Nevertheless, it will certainly inform some of the considerations the industry will have to deal with in addressing its persistent and costly losses to injury.