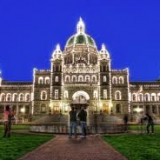 The WSCA 2013 Annual Conference and Trade Show will be held:

Room Rates:
Starting at $99.00 per night (single or double occupancy)