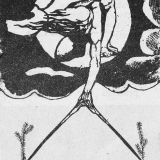 The WSCA and the Ministry of Forests, Range and Natural Resource Operations are reviewing the inspection methods used by the ministry to assess planting quality and payment with the goal of implementing the changes in 2012. It has been more than two decades since the FS704 Planting Inspection criteria has been reviewed. This undertaking came as a result of WSCA concerns that the inspection did not always reflect current silviculture best practices and contained statistical deficiencies that in some cases created bias against contractors’ efforts.

Here is a brief summary of the key points under discussion. To contribute or comment please contact Timo Scheiber: Timo_Scheiber@brinkman.ca

Low density plotting: While the move to a larger plot cord is a help for low density planting (defined as under 900 or under 800 – the ministry seems to favour the 800 mark because it is consistent with survey standards) it does not address the wider variability, which is a concern for the WSCA mainly in excess charges. WSCA is pushing for an increased latitude (10%) for excess.

• Counting existing well-spaced and planted trees while assessing density/ excess in fill plants: Much of the discussion centered around this point, and it would require the most change for BCTS as plot cards would have to be changed (to add a column for the existing trees) and of course training would have to happen on this point. WSCA has pointed out that many people already record existing well-spaced on the side, as it is needed for survey purposes, so this is not as much of an extra as it may seem and actually adds value to the plot being recorded.

• Call against the planter with two trees under minimum, one in and one out of the plant. Apparently this is the way it has always read in the FS704, but the government may be prepared to agree with WSCA that it is inconsistent with the general approach to ‘give the benefit of the doubt’ to the planter.

• Air pockets: WSCA has talked about the re-write as proposed, which centers the call more around the plug being sealed at the top then if there is a small pocket of loose soil or air at the bottom. This is not without controversy. But those on the ministry side appear to agree that it made sense to introduce some language to address the variable standard around the Province, so that ideally this point would be discussed and clarified with contractors up front. That is to say, BCTS staff would be alerted to this being a call that has a lot of latitude (is inconsistently applied) and would be clear about their standards in viewing meetings and pre-contract meetings. WSCA has made the point that half of the problem is that checkers often don’t know how to excavate properly to detect if there really is a significant air pocket, and that the simple ‘finger poke’ method does not work.

• In general, all parties seem to agree that there should be more language in the document to discuss the fact that one size does not fit all, and that the system is imperfect at the edges. Ministry parties are receptive to including statements that would address the areas where the standard plotting system has increased variability or is less accurate, in particular fill plants and low density plants.

• WSCA has brought forth the issue of ‘edge effect’ in blocks that have lots of tree line for the overall area, and how this can become a serious problem for unaccounted for trees charges. The ministry has agreed to look into the math around this and include some recommendations or warnings for blocks that have an increased edge effect.

• WSCA has also requested that the old Pay Cert program that identifies if the sampling plots meet confidence limits should be available as a tool to both contractors and BCTS checkers, so that problems can be identified earlier. Ideally this would be available online, so that you can input your plot data and see if it meets the minimum confidence limits or if more plots are required.